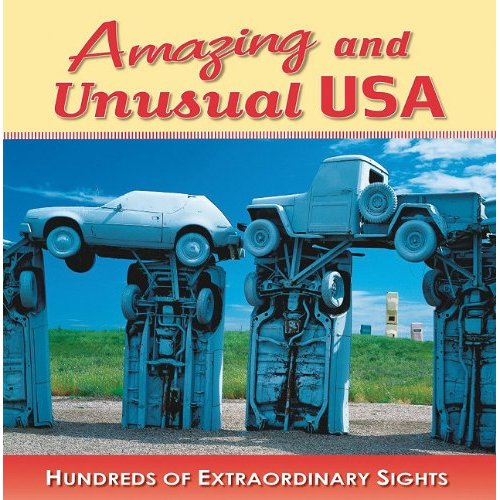 Publications International has just produced a 320-page coffee table hardback which includes a picture of the Sri Sri Krishna Temple in Spanish Fork, Utah, and the following caption.

“What could seem more out of place than a temple built in the middle of nowhere? A Hare Krishna temple built in this no-man’s land, which happens to be an acknowledged Mormon stronghold. But  build it, the Krishnas certainly did. In fact the group received a great deal of help from their Mormon brethren.The 50 foot tall temple juts up from its elevated plain like a proud citadel should. Exquisitely beautiful, the domed sanctuary is modelled after New Kusum Sarovar, a famous palace in India.More than 40,000 visitors tour the temple annually. Hot vegetarian meals are fed to those who hunger physically as well as spiritually, and gifts, books, and apparel are sold as souvenirs. Such is the peaceful coexistence of faiths.”   — Jeff Bahr, compiler.

In all fairness, the temple is hardly in the middle of nowhere. BYU Young University, with 30,000 students is just six miles away, in Provo Utah, a town of 150,000, and Utah Valley University, 18,000 students, is 8 miles away in Orem, a city of another 150,000 people. Spanish Fork itself is a proud berg of 25,000 residents. The temple is visible from Interstate 15, a main artery from Los Angeles, through Los Vegas, to Salt Lake City, and Yellowstone beyond. In August of 2009, the temple was awarded a certificate by the Spanish Fork News, entitled “Voted Best Architecture in Utah Valley” – total population 500,000.