A huge 160-foot-long dais was erected, which  had three parts. On the middle part, there was a huge statue of our mother cow. At  the right side, there were religious leaders, while on the left side, leaders from social organizations were seated. 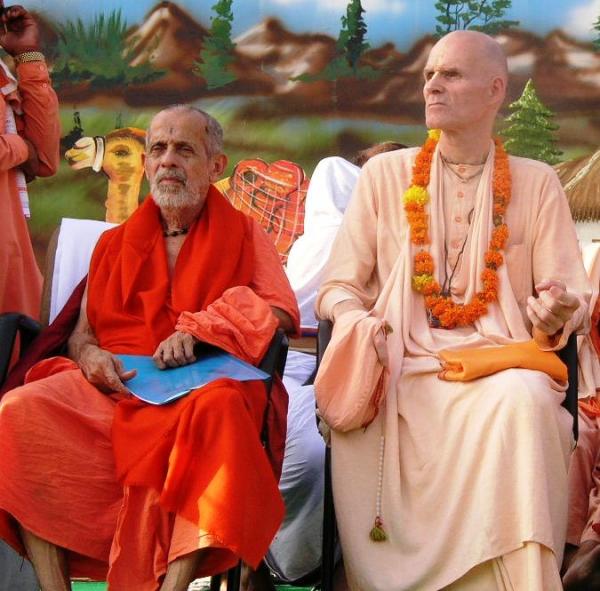 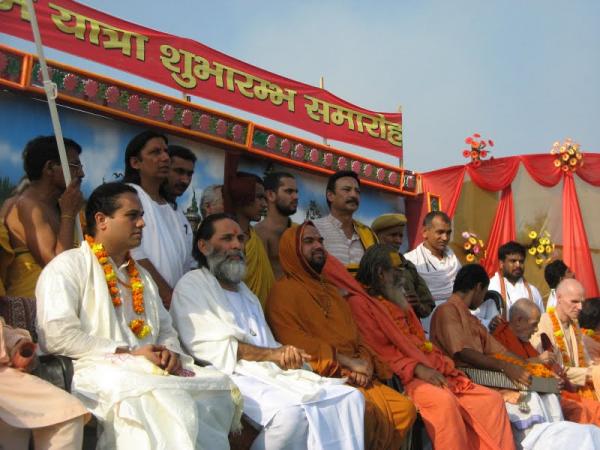 With the continuous ten-minute shankhnad (Blowing of Conch) by world-renowned shankhwadak Shri Shavantha, the 108-day Vishwa Mangal Gou Gram Yatra began from historic Kurukshetra on September 30. About 50,000 people including leading saints from different parts of the country such as Madhava Sampradaya, Pejawar Mutt H.H. Vishveshteertha from Udipi, H.H. Bhakti Raghava Swami, ISKCON Guru and a leading proponent of Varnashrama Dharma & Cow Protection, and others, including prominent scientists, environmentalists and agriculture experts, not only expressed their total support to the Yatra, but also firmly resolved to protect the cow, village and nature on the banks of the holy Brahma Sarovar. Beginning from Kurukshetra the Yatra will conclude in Nagpur on January 17, 2010.

A huge 160-foot-long dais was erected, which  had three parts. On the middle part, there was a huge statue of our mother cow. At  the right side, there were religious leaders, while on the left side, leaders from social organizations were seated.

Shri Raghaveshwar Bharati Swamiji, who is the main guiding force behind the Yatra, said the cow slaughter is going on due to ignorance. “The farmers are not aware of the significance and usefulness of the cow. They do not know that they can earn more money from the cows that do not give milk than the cows that give milk. It is due to this ignorance that they sell the non-milk-giving cows to butchers. The day they understand it practically they will automatically stop selling them to butchers. It will be the most effective way of protecting the cow,” he said adding that the Yatra is an initiative to educate the people about this economic aspect of the cow. He further said the answer to all the problems the country is facing today is to return to the cow-centered way of life.

Madhava Sampradaya Saint H.H. Pejawar Swami Shri Vishveshteertha stressed the need to protect four things— Gou(Cow), Gram(Villages), Gita( Bhagavad Gita) and Gayatri.( Gayatri Mantra symbolizing Brahminical Culture). He said the Gita and Gayatri symbolize the spiritual power of the nation while the gram and gou symbolize the economic prosperity. He demanded to declare the cow the national animal. “One of the reasons of growing terrorism in the country is that we have tiger as the national animal. The tiger symbolizes ‘terror’, while the cow symbolizes peace and prosperity. Therefore, we must declare the cow the national animal forthwith to restore peace and prosperity in the country.”

Shankaracharya Vasudevanand Saraswati said the Yatra would prove a milestone in protecting the cow. He further said protection of the nation lies in protection of the cow and it should be the duty of all. He reminded that great rishis and saints have said many times that till the blood of the cow will continue to fall on the earth, no religious activity will be fruitful.

Former CBI Director Sardar Joginder Singh informed that during the regime of Maharaja Ranjit Singh, if there was death sentence for any crime, it was for cow slaughter.